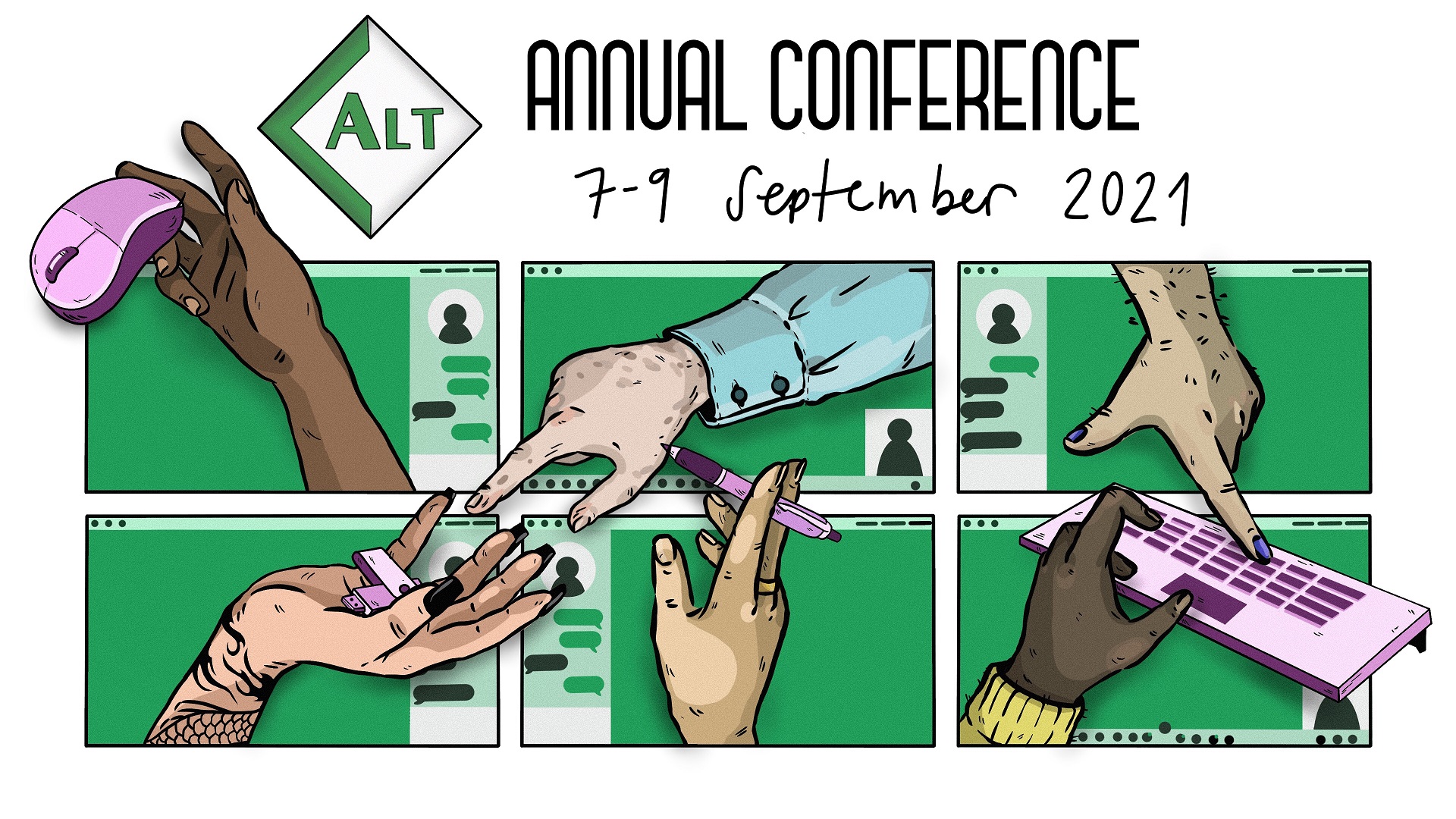 My first ALT Annual Conference was in 2009 in Manchester (I missed the first year I was working for ALT because I was submitting my PhD that September).

In 2019 we were in Manchester, in the magnificent (and at times chilly) McEwan Hall. 2018 was in Manchester to celebrate 25 years of ALT with custom pin badges and a special gala dinner! in 2017 we took the conference to Liverpool for the first time, and as well as a lot of fun, this year will always stay in my head as the year in which we had a fire alarm during a keynote (I did my best flight attendant impression for that one).

In 2020, we were planning to take the conference to London for the first time, and that was the first time we had to cancel our Annual Conference all together. Instead, we held a crisis summit.

This year, we were determined to hold our Annual Conference, as its such a special event for our Members and our community, so we headed online to make sure it would all go ahead as planned.

Today, our 2021 Annual Conference is getting underway.

It takes to make this conference happen, and planning has been underway for 9 months, led by the Co-Chairs and Conference Committee. Over 150 speakers are running over 90 sessions over 4 days. There are 350 participants from 24 countries coming online, supported by a staff team of 10 and plenty of volunteers, too.

As everyone who works in Learning Technology knows, it takes a lot of creativity and ingenuity to make an activity online feel like fun – and we work hard to make that happen. To create conference fun online whilst working on a properly robust conference delivery with a difference.

There is a CMALT Ceremony complete with balloons and custom emoji on the chat channels in the social space. There is a hallway chat (both text and voice) in which folk can hangout in and bump into each other. There is a gala evening with a glitzy film premiere. There is a Helpdesk staffed with a team to help with everything from access codes to finding rooms.

There is a shop for conference goodies, a community report launch and a treasure hunt, yoga and meditation sessions. Plus a quiz, panel discussions, keynotes and parallel sessions.

The programme is designed to be rich, but not overwhelming, and there are plenty of breaks, late starts and social activities to drop in to when time permits.

DM me on the conference Discord site or @ me on Twitter, or email me if you prefer. It’d be great to say hello and hear from you #altc21.